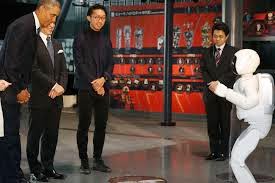 Obama is a foreign policy failure because has no credibility.

TOKYO — President Obama encountered setbacks to two of his most cherished foreign-policy projects on Thursday, as he failed to achieve a trade deal that undergirds his strategic pivot to Asia and the Middle East peace process suffered a potentially irreparable breakdown.
Mr. Obama had hoped to use his visit here to announce an agreement under which Japan would open its markets in rice, beef, poultry and pork, a critical step toward the trade pact. But Prime Minister Shinzo Abe was not able to overcome entrenched resistance from Japan’s farmers in time for the president’s visit.
In Jerusalem, Israel’s announcement that it was suspending stalemated peace negotiations with the Palestinians, after a reconciliation between the Palestine Liberation Organization and the militant group Hamas, posed yet another obstacle to restarting a troubled peace process in which Secretary of State John Kerry has been greatly invested. Read it all...