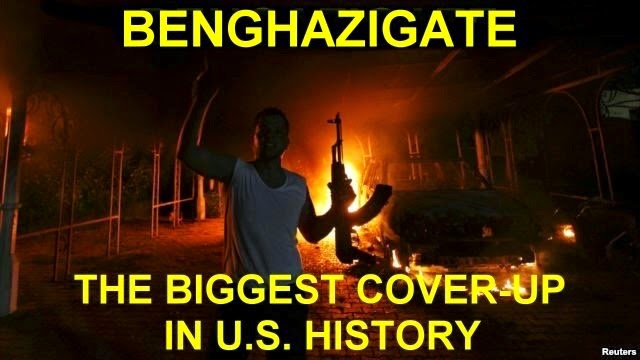 Proof the Obama administration put politics above telling Americans the truth about the death of our ambassador.


Newly released emails on the Benghazi terror attack suggest a senior White House aide played a central role in preparing former U.N. ambassador Susan Rice for her controversial Sunday show appearances -- where she wrongly blamed protests over an Internet video.
More than 100 pages of documents were released to the conservative watchdog group Judicial Watch as part of a Freedom of Information Act lawsuit. Among them was a Sept. 14, 2012, email from Ben Rhodes, an assistant to the president and deputy national security adviser for strategic communications.
The Rhodes email, with the subject line: "RE: PREP Call with Susan: Saturday at 4:00 pm ET," was sent to a dozen members of the administration's inner circle, including key members of the White House communications team such as Press Secretary Jay Carney.
In the email, Rhodes specifically draws attention to the anti-Islam Internet video, without distinguishing whether the Benghazi attack was different from protests elsewhere.
The email lists the following two goals, among others:
"To underscore that these protests are rooted in an Internet video, and not a broader failure of policy."
"To reinforce the President and Administration's strength and steadiness in dealing with difficult challenges.