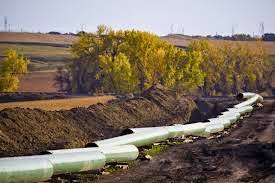 
WASHINGTON — The Canadian government demanded an answer immediately on the long-delayed Keystone XL pipeline. It has now received a reply from the United States government that amounts to: Maybe next year.
The project is now paralyzed for an indefinite period, with the U.S. administration Friday announcing another delay in a process already beset by political and legal challenges.
The announcement made it clear that Canadian pipeline backers will not get the answer they wanted in time for the summer construction season, pushing completion of the project until 2015 — at best.
The State Department said it needs more time to prepare its recommendation to the president because the pipeline route is mired in uncertainty. A legal dispute is underway in Nebraska over the route and it is unlikely to be resolved before next year.