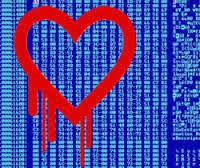 The government recommends you change your password. I doubt that will fix the problem. Experts have long warned the Obamacare exchanges has big security holes.


WASHINGTON (AP) - People who have accounts on the enrollment website for President Barack Obama's signature health care law are being told to change their passwords following an administration-wide review of the government's vulnerability to the confounding Heartbleed Internet security flaw.
Senior administration officials said there is no indication that the HealthCare.gov site has been compromised and the action is being taken out of an abundance of caution. The government's Heartbleed review is ongoing, the officials said, and users of other websites may also be told to change their passwords in the coming days, including those with accounts on the popular WhiteHouse.gov petitions page.
The Heartbleed programming flaw has caused major security concerns across the Internet and affected a widely used encryption technology that was designed to protect online accounts. Major Internet services have been working to insulate themselves against the problem and are also recommending that users change their website passwords.
Officials said the administration was prioritizing its analysis of websites with heavy traffic and the most sensitive user information. A message that will be posted on the health care website starting Saturday reads: "While there's no indication that any personal information has ever been at risk, we have taken steps to address Heartbleed issues and reset consumers' passwords out of an abundance of caution."