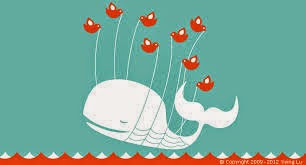 Dissent will not be tolerated by the ruling class.


Illinois police seized computers and mobile phones while raiding a house whose owner was suspected of parodying the town mayor on Twitter.

In all, five people following the Tuesday evening raid were taken to the Peoria Police Department station for questioning, local media report.

“They just asked me about the Twitter account, if I knew anything about it,” Michelle Pratt, 27, told theJournal Star.

She said she was in the shower when officers arrived.

“They brought me in like I was a criminal,” she added. “They said they had a search warrant and took all the electronic devices that had Internet access. They said there had been an Internet crime that occurred at this residence.”[...]

“A parody means it’s fake. It was even listed as fake,” Pratt said. “It was a joke Twitter account, and they searched the whole house.” Keep on reading…

There's actually nothing surprising about Twitter parodists being viciously tracked down by the police, because if we don't speak up for everybody's rights, we better be ready for our own rights to be trampled on when we least expect it. It starts with criminalizing deadpan satire in the form of "Gmail confessions," and from there it moves to criminalizing Twitter parodies. See the documentation of America's leading criminal-satire case at:

and consider, in particular, the NACDL's statement that if certain individuals "feel aggrieved by online speech with academic value, they have remedies in tort," rather than in criminal courts.

The "Gmail confession" case, despite being widely reported on in the press, has been ignored by nearly every legal commentator in the country, so it's not at all surprising that the police now feel free to go after the creators of Twitter accounts embarrassing to wealthy and powerful members of the community, whether they be politicians, university presidents, or anyone else ordinary people might choose to mimic and mock on the Internet.