Russian Deputy Prime Minister to NASA: Hey, why don't you trampoline to the ISS... 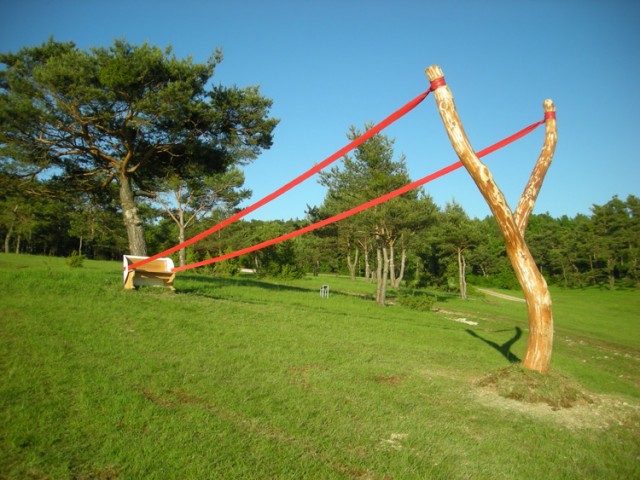 Ending the space shuttle program before we had a replacement was a mistake made by George Bush. Barack obama doubled-down on it and cancelled the replacement to fund his entitlement state expansion. Now, we either have to kiss Russia's butt or start building a giant trampoline or slingshot.


Russian Deputy Prime Minister Dmitry Rogozin, a target of U.S. sanctions sparked by the Ukraine crisis, said Tuesday that those sanctions would boomerang against America's space effort and essentially told NASA to take a flying leap ... on a trampoline.
"After analyzing the sanctions against our space industry, I suggest to the USA to bring their astronauts to the International Space Station using a trampoline," Rogozin said via his Russian-language Twitter account.

Well Obama has decided to take up the challenge by consulting with experts at M. Putt Sailmakers and commissioned them to build the world’s largest spring loaded pneumatic launching device. The initial cost estimate to be paid by the American taxpayer is 500 million dollars but that could rise as one stipulation of the agreement is the requirement to use high priced union labor to, “grow the economy.”

The machine dubbed, “The Springinator” is reported to be similar in design to the world’s largest push up bra (see: http://worldrecordbra.com/ ) also built by the English company however it will be greatly scaled up to accommodate the weight of up to two American astronauts. The principles of operation will require the astronauts to be dropped from a tall crane onto the tip of each bra cup whereby the rapid descent will trigger heavy duty springs to sling them upward with enough force to put the astronauts into orbit and dock with the international space station.

Obama said, “This baby will be build to last,” as he locked arms with the president of M. Putt Sailmakers and the director of the NASA space program.

When President Vladimir Putin read the press release he just shook his head and said, “This attempt to end the cooperative efforts between Russia and the U.S. will create a bra gap. We will not stand idly by and let this happen.” Afterwards, Putin was seen tearing up with laughter as he joked with Deputy Prime Minister Dmitry Rogzin.

Thanks Anonymous. That was hilarious.