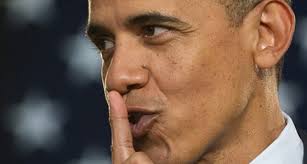 The most lawless president ever strikes again...


President Obama took office vowing to go after unscrupulous employers who hire illegal immigrants, but worksite audits have plunged over the last year and a half, according to a report released Tuesday by the Center for Immigration Studies, tumbling along with the rest of immigration enforcement.
Fewer owners are being arrested, and fewer fines are being collected as well, according to the report, which suggests that even as he offers amnesty to millions of illegal immigrants, Mr. Obama is giving a similar free pass to ever more businesses who provide the jobs magnet that draws them.
Through the first five months of this fiscal year, U.S. Immigration and Customs Enforcement conducted just 181 workplace audits and brought charges against only 27 employers, putting it on pace for fewer than 500 audits and just 65 arrests this year. That’s less than 15 percent of the total audits conducted in 2013.