Guess who is bankrolling many of those voting rights lawsuits... 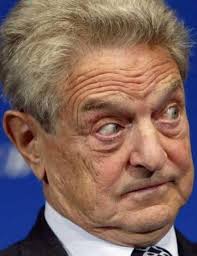 If you guessed George Soros, you win.


A Democratic legal fight against restrictive voting laws enacted in recent years by Republican-controlled state governments is being largely paid for by a single liberal benefactor: the billionaire philanthropist George Soros.
Mr. Soros, the Hungarian-born investor whose first major involvement in American politics was a voter-mobilization drive in the 2004 presidential race, has yet to commit the many millions of dollars that Hillary Rodham Clinton’s allies hope he and other like-minded billionaires will pour into the “super PAC” directly aiding her campaign.
But it turns out that Mr. Soros has already agreed to put as much as $5 million into the litigation effort, which Democrats hope will erode restrictions on voter access that they say could otherwise prove decisive in a close election.
Keep on reading…