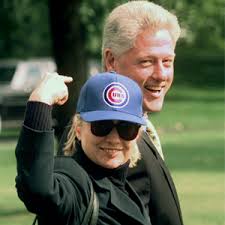 It worked. No Swedish firm was blacklisted for undercutting Iran sanctions.


Bill Clinton’s foundation set up a fundraising arm in Sweden that collected $26 million in donations at the same time that country was lobbying Hillary Rodham Clinton’s State Department to forgo sanctions that threatened its thriving business with Iran, according to interviews and documents obtained by The Washington Times.

The Swedish entity, called the William J. Clinton Foundation Insamlingsstiftelse, was never disclosed to or cleared by State Department ethics officials, even though one of its largest sources of donations was a Swedish government-sanctioned lottery.
As the money flowed to the foundation from Sweden, Mrs. Clinton’s team in Washington declined to blacklist any Swedish firms despite warnings from career officials at the U.S. Embassy in Stockholm that Sweden was growing its economic ties with Iran and potentially undercutting Western efforts to end Tehran’s rogue nuclear program, diplomatic cables show.