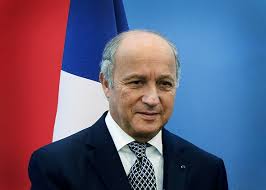 Well, they are a socialist county now...


The French foreign minister said Monday that any international deal that comes from a climate conference in Paris this winter should be written so it avoids needing ratification by Congress.
“We know the politics in the U.S.” Foreign Minister Laurent Fabius said, the Associated Press reports. “Whether we like it or not, if it comes to the Congress, they will refuse.”
The United Nations will host a landmark climate conference in Paris in December with the goal of crafting an international treaty to reduce greenhouse gas emissions. Countries are expected to submit individual reduction targets — the Obama administration’s goal is at least a 26 percent reduction in emissions over 2005 levels by 2025 — and strategies for achieving those goals.