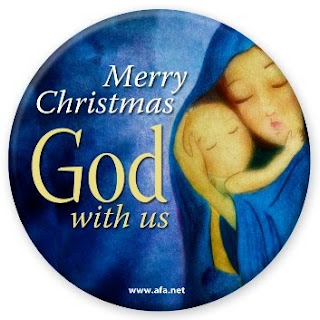 If you thought this would never happen in America, you were wrong.

Federal Reserve examiners come every four years to make sure banks are complying with a long list of regulations. The examiners came to Perkins last week. And the team from Kansas City deemed a Bible verse of the day, crosses on the teller’s counter and buttons that say “Merry Christmas, God With Us.” were inappropriate. The Bible verse of the day on the bank’s Internet site also had to be taken down.

Republicans were outraged and the order quickly got rescinded.

(The Hill)- The Federal Reserve quickly withdrew an order to an Oklahoma bank to remove religious items from public view on Friday after two Republicans blasted the action as an “assault on faith.”

Hat tip Weasel Zippers.
Posted by Bluegrass Pundit at 6:18:00 AM