Palin Beats Out Obama in Person of the Year Poll 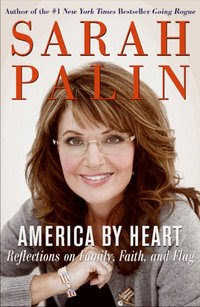 UTICA, NY – Former Vice-Presidential candidate and Governor of Alaska Sarah Palin is the Person of the Year for 2010 according to a recent Zogby International survey. The poll, also names former President George W. Bush as the Person of the Decade (2000-2010).

Palin garners a 21% response with President Barack Obama claiming 16% for person of the year, and Glenn Beck tied with Julian Assange with 13%. None of the other seven people listed (General David Petraeus, Mark Zukerberg, Hillary Clinton, Conan O’Brien, Steve Jobs, LeBron James, Robert Gates) in the survey pull in more than 6%.

I wish I could get enthused about Mrs Palin, and this is with all due respect to some of her admirable views.

But her robot-like obsequiosness toward Israel, her rather embarrassingly idiotic remarks about Julian Assange, and her slavish towing of the Republican party line make me want to steer clear of her.


I hope she gathers some wisdom in the years to come.