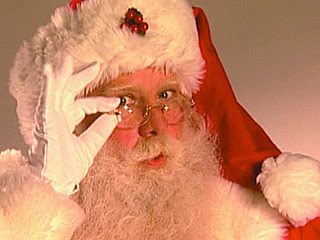 Santa Claus has been banned from some head start classes in Minnesota this year. You can guess the reason. It is fear of offending Muslims again.

(MinnPost)- Santa Claus, as portrayed by Dennis Jackson, won’t be visiting students at the Head Start classes in St. Peter this year.

Jackson has made appearances the past four years at the classes for students who need help preparing for school, but this year officials said, “No, no, no.”

The reason: The classes have many immigrant children who don’t celebrate Christmas, says the Mankato Free Press.

Everyone has their own beliefs, so why should our children have to do without just so it does not offen those with their belief. Isn't the same thing. Do they fear hurting the feeling of someone with a different belief in they home land where ever that may be and making their children do without something that is know everywhere.

Question: Would Somalians be willing to do the same thing for Santa and/or christians in Somalia?

I think the answer is obvious.