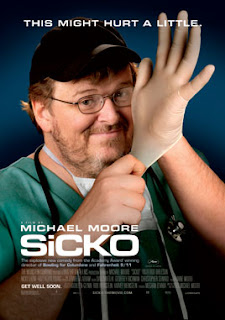 In 2007 Michael Moore put out a documentary, named "Sicko", reaming the American health care system. The documentary compared the US system to Cuba and found the Cuban system to be very favorable. Cuban doctors were disturbed at Moose's lying and walked out when the film was shown. The Cuban government subsequently banned the film because they didn't want the Cuban people to have unrealistic expectations.

But the memo reveals that when the film was shown to a group of Cuban doctors, some became so “disturbed at the blatant misrepresentation of healthcare in Cuba that they left the room”.

Castro’s government apparently went on to ban the film because, the leaked cable claims, it “knows the film is a myth and does not want to risk a popular backlash by showing to Cubans facilities that are clearly not available to the vast majority of them.”