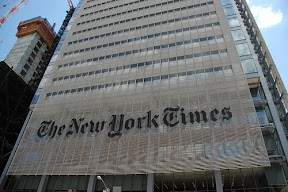 Keller has been registered as a Democrat since 1998 with his Manhattan apartment listed on forms as his address.

The New York Times has long been criticized by conservatives as politically biased in favor of Democrats. In 2007 a Rasmussen poll found that 40% of Americans believe the paper has a liberal bias.