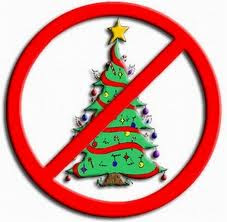 Christmas has been banned by the Red Cross from its 430 fund-raising shops.

Staff have been ordered to take down decorations and to remove any other signs of the Christian festival because they could offend Moslems.

The charity's politically-correct move triggered an avalanche of criticism and mockery last night - from Christians and Moslems.