Journalism Fail: Boston Globe Reporter Had Obama Sr. Immigration Records Since 2009, But Failed to Report Them 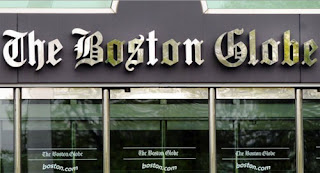 In what appears to be a shocking journalistic fail, a Boston Globe reporter acquired Barack H. Obama Sr.'s immigration records in 2009 under a FOIA request.


(Boston Globe)- The INS documents, released to this reporter through a Freedom Of Information Act request in 2009 in the course of research on a biography of the elder Obama to be released in July, reveal Harvard’s crucial role in the tumultuous course of the president’s father’s life. The documents were made public Wednesday by the weekly newspaper, The Arizona Independent.

The records were very uncomplimentary to Obama Sr. He is described as a serial womanizer, polygamist and a "slippery" character. According to the documents, Harvard tried to have Obama Sr. deported. The records were released this week by another newspaper, Arizona Independent, after they received them under a separate FOIA request. The Boston Globe reporter is writing a book and it is unclear if this information would have been included. The mainstream media has a strong aversion to reporting negative information about President Obama and Democrats. The National Enquirer broke the John Edwards' "Love Child" story. The mainstream media suppressed it even after the National Enquirer broke the story. On a more positive note, the New York Times is reportedly selling the Boston Globe for a $900 million loss.


WASHINGTON (AFP) — The Boston Globe reported Friday that a businessman is preparing to offer more than $200 million to buy the struggling newspaper from its owner, The New York Times Co...

The Times Co. bought the Boston Globe for $1.1 billion in 1993 but the value of the newspaper has plummeted since then, along with the fortunes of the US newspaper industry.

I'll make sure never to cast a vote for Obama's father!

The apple does not fall far from the tree.

Read what The Arizona Indepedent has to say...

Ignore the facts, just jump on board with Racism, huh?

Back then, when Racism WAS in full GLARING force, it somehow DIDN'T seem to prevent Obama Sr. from attending these Universities, did it?

Sounds to me, the Universities rightfylly seemed to be concerned about his "Conduct/Character" moreso than his " Color".

And that THE ISSUE WAS about Obama Sr. having 2 OR MORE WIVES, IN DIFFERENT COUNTRIES, AS WELL AS, CHILDREN, and NOT ABOUT HIS COLOR.

With both Obama Sr. and obivously Ann Dunham telling more and more untruths about THEIR lives, travels and connections - and the schools were fully funding both of them, they were required to meet certain critera & standards- therefore, they each EARNED the titles of "slippery character".

This just goes to show Obama Sr., Ann Dunham, her mother and Obama Jr. have a LONG HISTORY in shady behaviors, and is something Obama Jr. has apparently learned well, and is keeping it alive.

Obama JR. knows and does not hesistate to USE THE RACE SYMPATHY CARD - and often uses it to gain Public Support TO COVER UP HIS BAD BEHAVIOR.

If YOU were to give someone a LARGE sum of money to be used for a specific reason, to be used over a specific period of time - and ask they FOLLOW YOUR RULES -
IF THEY DID NOT DO WHAT THEY AGREED TO DO, OR LIED TO YOU OR BECAME INVOLVED IN SITUATIONS UNBECOMING TO THE PURPOSE OR CAUSE - DISREGARDED YOUR ADVISE - AND SIMPLY DID NOT FOLLOW THE RULES-
WHAT WOULD YOU DO?

Since 2009, the Media has REPEATEDLY AND SELECTIVELY FAILED TO REPORT THIS AND MANY OTHER NEWS WORTHY REPORTS REGARDING OBAMA JR. - WHERE' THE SURPRISE HERE?

And, IF this reports makes the News, it WILL be considered as
" Racism" against Obama Jr. AND Sr. to anger and gain support from Blacks.

How sad we don't LOOK AT THE FACTS, FIRST!