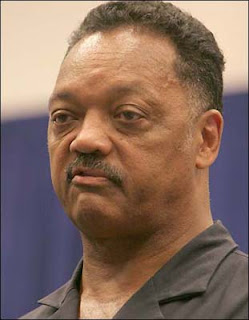 
(NBC Chicago) — A former employee of the Rev. Jesse Jackson Sr. at the Rainbow Push Coalition has filed a bombshell wrongful termination and discrimination complaint against the civil rights leader with the City of Chicago’s Commission on Human Rights.

The complaint, filed sometime last year by Tommy R. Bennett, a regular on the Tom Joyner Radio show and member of Barack Obama’s LGBT Leadership Council, includes shocking details about Jackson’s behavior toward the openly gay staffer including a suggestion that the civil rights leader may have propositioned him.

Jackson has denied the allegations in a legal response that was filed in July 2010 and resurfaced when the Windy City Times published a story Tuesday.

It's a sad day in your love life when even "gay dudes" are rejecting your advances......