Priceless: California Politicians Go to Texas to Learn How to Attract Jobs 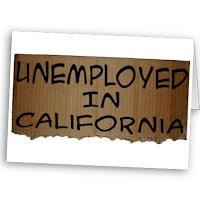 Do they really need to go to Texas to learn their taxes are too high and they have too much regulation?


When California politicians want to visit California jobs, they increasingly have to leave California to do so.  That’s why Lt. Governor Gavin Newsom traveled with a small entourage of other Golden State politicians to Texas, the biggest beneficiary of California’s economic policies.  So many jobs have fled California to Texas, John Fund writes for the Wall Street Journal, that the governing class needed lessons from Texas Governor Rick Perry on how not to repel business:


“We came to learn why they would pick up their roots and move in order to grow their businesses,” says GOP Assemblyman Dan Logue, who organized the trip. “Why does Chief Executive magazine rate California the worst state for job and business growth and Texas the best state?”

The contrast is undeniable. Texas has added 165,000 jobs during the last three years while California has lost 1.2 million. California’s jobless rate is 12% compared to 8% in Texas.
“I don’t see this as a partisan issue,” Mr. Newsom told reporters before the group met with Texas Republican Gov. Rick Perry.