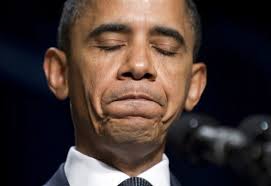 President Obama is undoubtedly very sad about this turn of events, but his re-election must take precedent over everything.


WASHINGTON (AP) — The Obama administration’s top environmental official in the oil-rich South and Southwest region has resigned after Republicans targeted him over remarks made two years ago when he used the word “crucify” to describe how he would go after companies violating environmental laws.

In a letter to Environmental Protection Agency Administrator Lisa Jackson sent Sunday, Al Armendariz says he regrets his words and stresses that they do not reflect his work as administrator of the five-state region including Texas, New Mexico, Oklahoma, Arkansas and Louisiana. Armendariz, who holds a doctorate in environmental engineering, apologized for his remarks last week. A senior administration official, speaking on condition of anonymity because of the sensitivity of the subject, told The Associated Press that he has since received death threats. His resignation was effective Monday, when he informed his senior staff.

“I have come to the conclusion that my continued service will distract you and the agency from its important work,” Armendariz wrote in the letter, which was obtained by The Associated Press.

Republicans in Congress had called for Armendariz’ firing, after Oklahoma Sen. James Inhofe highlighted the May 2010 speech last week as proof of what he refers to as EPA’s assault on energy, particularly the technique of hydraulic fracturing, or fracking.