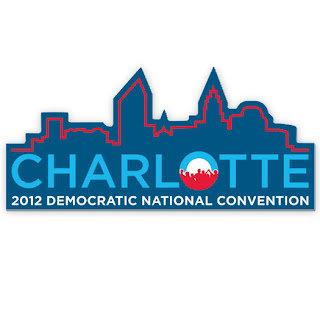 Democrats think corporate money is evil and union money is manna from heaven.


(Bloomberg) — President Barack Obama’s political advisers are pressing labor unions to contribute to the Democratic convention in September to cover a fundraising shortfall resulting from their self-imposed ban on corporate donations, according to two people familiar with the matter.

Democratic officials gave representatives of the major U.S. unions, including the AFL-CIO, the International Brotherhood of Teamsters and the United Auto Workers, a tour of the convention sites in Charlotte, North Carolina, April 23 in advance of a request for donations, according to the two people, who requested anonymity because they weren’t authorized to discuss internal strategy.

The three-day convention will culminate in Obama’s re-nomination in Bank of America Stadium on Sept. 6. So far, the host committee in Charlotte is roughly halfway to its $36.6 million goal.
Four years ago, unions contributed more than $8 million to the Democratic convention in Denver, according to financial disclosure reports.

Jeff Hauser, a spokesman for the AFL-CIO, declined to comment on the new request.