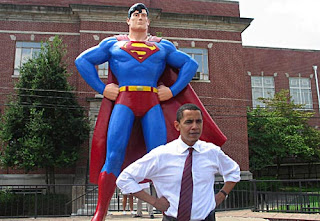 A gay comic character coming out of the closet? Really?


Could Superman be gay?

Honchos at Superman’s comic book home, DC Comics, said this weekend that one of their most identifiable (but as of yet unnamed) straight characters will soon be coming out of the closet, according to a report.

At the Kapow Comic Convention held last weekend in London, DC co-publisher Dan DiDio said the publisher would be reintroducing a previously existing character who would now be “one of our most prominent gay characters,” the website BleedingCool.com reports.

Didio said DC’s position had shifted on the subject since he said in an interview last year that any homosexual characters would be new introductions, and that none of their existing characters’ sexual orientations would shift.

Email ThisBlogThis!Share to TwitterShare to FacebookShare to Pinterest
Labels: gay