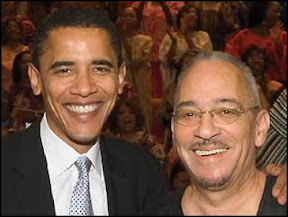 Hey, Obama is the one who st through reverend Wright's garbage for 20 years.


President Barack Obama’s supporters are raising a claim of racism to quash a proposed $10 million ad-campaign that highlights the president’s personal ties to his one-time spiritual mentor Jeremiah Wright.

The pushback helps the campaign minimize Obama’s association with the controversial pastor, but it also keeps the public’s focus away from the stalled economy’s high unemployment, deficit and debt.

“The blueprint for a hate-filled, divisive campaign of character assassination speaks for itself,” Messina said in a press release. “Governor Romney has fallen short of the standard that John McCain set, reacting tepidly in a moment that required moral leadership in standing up to the very extreme wing of his own party.”