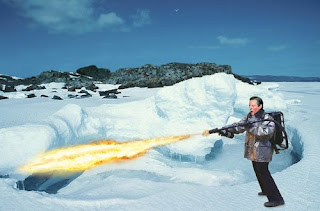 
The Congressional Research Service estimates that since 2008 the federal government has spent nearly $70 billion on “climate change activities.”

Oklahoma Republican Sen. James Inhofe presented the new CRS report on the Senate Floor Thursday to make the point that the Obama administration has been focused on “green” defense projects to the detriment of the military.

The report revealed that from fiscal years 2008 through 2012 the federal government spent $68.4 billion to combat climate change. The Department of Defense also spent $4 billion of its budget, the report adds, on climate change and energy efficiency activities in that same time period.