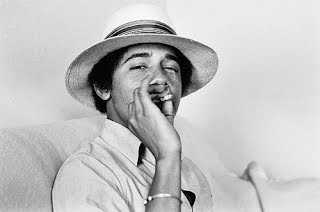 It is shameful that the mainstream media never vetted President Obama in 2008. Even more shameful, they are ridiculing those who want to vet Obama in 2012.


(LA Times) — Now that the issue of the president’s birth certificate has been laid to rest (mostly), some conservatives are turning their attention to a new obsession: Barack Obama’s college transcripts.

Last week, a website that already had offered a $10,000 reward for Obama’s transcripts from Occidental College, Columbia University and Harvard Law School, increased the bounty to $20,000.

About a year ago, Donald Trump, among the highest-profile “birthers,” helped get the mini-movement started. After the president released his long-form birth certificate, Trump abruptly changed subjects:

“The word is, according to what I’ve read,” said Trump, “that he was a terrible student when he went to Occidental. He then gets into Columbia; he then gets to Harvard. . . . How do you get into Harvard if you’re not a good student? Now maybe that’s right or maybe it’s wrong, but I don’t know why he doesn’t release his records.”

What do these “transcripters” (if we may coin a phrase) hope to prove?

“We’re not convinced that Barack is as smart as you media elitists keep insisting he is,” says The Trenches, the website that posted the reward. . . .

That rationale may strike some as a little flimsy, given that Obama was president of the Harvard Law Review, taught constitutional law, has two bestselling books to his credit and is, at the moment, leader of the free world.

The article, although pitifully trying to help, really hurts Obama.

There is zero reason to bring it up in the first place, and people cant help but read it and think "why would he hide them? And why are they talking about Marxists? And why is it Bush and Romney are open about their record but Obama and Kerry try so hard to hide theirs?" (seriously, the article outlines those 4 saying we know the records of all but Obama and only the two Republicans spoke openly and honestly about theirs)

They should have left the issue alone, bringing it up merely means more people will question it. Sure, other brain-dead Liberals will probably read it with an "exactly" mind-state - but Liberals make up only a very small percentage of the population, and this article will now reach a huge non-Liberal population.

But that is the beauty of the typical Liberal Narcissism; they feel themselves to be so intelligent and so superior that they just know they can talk their way into winning any conversation they want to have. And when Liberal Narcissism runs anything from the top, it always destroys itself.

Cutting off their nose to spite their face - its just the Narcissist Lefts way.