Lockerbie Bomber ‘On The Verge Of Death’ 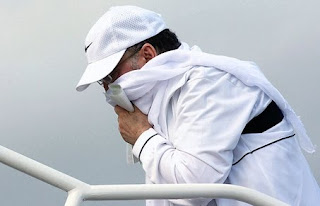 (Fox News) – A source close to the family of the Lockerbie bomber Abdul Baset al Megrahi told Sky News Thursday his death is imminent and every day is “expected to be his last.”

Suffering from prostate cancer, the Libyan’s health has rapidly deteriorated — and his relatives said he has been in a coma and on life support for around a week.

Al Megrahi — who was convicted of killing 270 people by bombing a Pan Am jet in 1988 — has been unable to walk for a number of weeks and is not expected to recover.

A source close to his family told Sky News: “He is on life support and has been for some days. Many people have been waiting for him to die.