Did Kentucky just start down the road to ending their Obamacare exchange? 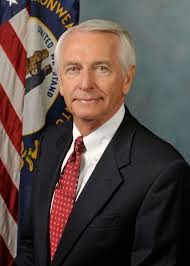 Kentucky has often been touted by Democrats as an Obamacare success story. The truth is most of Kentucky's success has been signing up people for Medicaid. However, the KYConnect exchange website did seem to work. It may be going away now.

Kentucky Gov. Steve Beshear had ten days to veto the General Assembly’s agreement to defund ObamaCare in Kentucky and start a huge fight for today and tomorrow, but he didn’t do it. [...]

At the top of page Page 124 of the Patient Protection and Affordable Care Act it states “No federal funds for continued operations … In establishing an Exchange under this section, the state shall ensure that such Exchange is self-sustaining beginning on January 1, 2015,[...]

The 2014 Kentucky General Assembly refused to ensure that our Exchange will be self-sustaining on January 1, 2015, refused to authorize assessments or user fees and refused to allow spending of any funding generated otherwise. In fact, the budget just passed almost unanimously by both chambers states “The Governor is expressly prohibited from expending any General Fund resources on any expenditure directly or indirectly associated with the Health Benefit Exchange.”