Is Harry Reid behind the BLM harassment of a 67 year-old rancher?

If you are unfamiliar, watch the video embedded above. 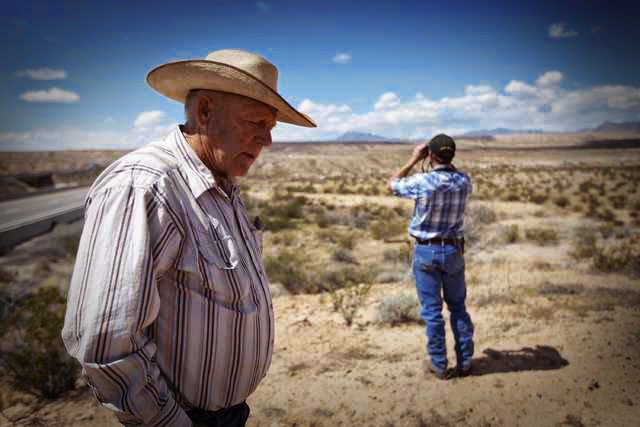 A tortoise isn’t the reason why BLM is harassing a 67 year-old rancher. They want his land. The tortoise wasn’t of concern when Harry Reid worked BLM to literally change the boundaries of the tortoise’s habitat to accommodate the development of his top donor, Harvey Whittemore. Whittemore was convicted of illegal campaign contributions to Senator Reid. Reid’s former senior adviser is now the head of BLM. Reid is accused of using the new BLM chief as a puppet to control Nevada land (already over 84% of which is owned by the federal government) and pay back special interests. BLM has proven that they’ve a situational concern for the desert tortoise as they’ve had no problem waiving their rules concerning wind or solar power development. Clearly these developments have vastly affected a tortoise habitat more than a century-old, quasi-homesteading grazing area. If only Clive Bundy were a big Reid donor.

The tortoises the government claim they are trying to save are so plentiful, they have been killing some.


The The BLM says they’re moving in, not to encroach on the man’s property rights, but because Bundy didn’t pay “grazing fees,” which the Bureau has imposed on land developers “who disturb tortoise habitat on public land,” according to the Associated Press.Throughout the housing boom in the 2000s, the Bureau was earning enough to fund the Desert Tortoise Conservation Center (DTCC) in southern Las Vegas, a habitat “created in 1991 to house wild desert tortoises removed from the path of development and to use those tortoises to aid recovery of the species.” Its operating budget was about $1 million per year.
But the recession that followed dwindled the number of developers, and in turn funds for the DTCC.
So, facing the prospect of shutting their doors, the DTCC began releasing healthier turtles into the wild, and euthanizing some of the sick ones.
From the AP, August 25, 2013:
Back at the conservation center, a large refrigerator labeled “carcass freezer” hummed in the desert sun as scientists examined the facility’s 1,400 inhabitants to find those hearty enough to release into the wild. Officials expect to euthanize more than half the animals in the coming months in preparation for closure at the end of 2014.