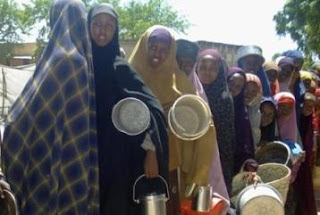 The Somalian group Al Shabaab, which is an Al Qaeda proxy, is sending gunmen into the streets of Mogadishu to inspect women's breasts and publicly whip them if they are wearing a bra. Wasn't sharia twisted enough already?

A hardline Islamist group in Somalia has begun publicly whipping women for wearing bras that they claim violate Islam as they are 'deceptive'....

Al Shabaab, which seeks to impose a strict interpretation of Sharia law over all Somalia, also amputated a foot and a hand each from two young men accused of robbery earlier this month.

So they have invented a new way to 'cop a feel'? Why didn't I think of that?

IDIOT RELIGION
why would anyone listen to such a person..
i bet a part of his brain is malfunctioning =.=