Childish Democrats at Play and You Are Paying Them 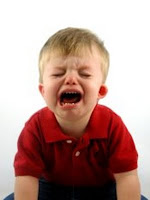 We have every right to expect our elected representatives to act in a professional manner. That expectation is not being met by Democrats in the House. In a temper-tantrum, they have locked Republicans out of the House oversight committee hearing room. They changed the locks and are refusing to give Republicans a key. Why? House Democrats are angry they can't exert censorship over the Republicans website. This kind of childish behavior is unbecoming elected representatives of our country.

Democratic staff for the House oversight committee informed their GOP counterparts today that the majority has changed the locks on the committee's hearing room. While Republicans previously enjoyed their own key to the room, they will now have to request access from Democrats. This followed a bitter partisan argument in which Republicans refused to take down a video from their website that contradicted Dem explanations about a closed-door meeting on the Countrywide VIP loan scandal.

Here is the video Democrats want to censor. The video is set to the tune "Hit the Road Jack."

Democrats claimed they had to cancel a committee hearing because too many members were at another committee hearing. They were actually hiding in the back room and Republicans captured them on video leaving through a back door. What they are actually trying to do is avoid a vote for subpoenas in the Countrywide loan scandal.

Hat tip to Wizbang.
Posted by Bluegrass Pundit at 5:30:00 AM