US condemns suicide attack on Iranian Revolutionary Guards (not a joke) 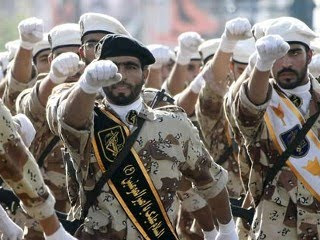 Over at American Thinker, they warned readers this story wasn't satire from The Onion.
The US has condemned a suicide attack on Iranian Revolutionary Guards.

From Politico via American Thinker:

The Baluch group Jundullah claimed responsibility for the attack, that killed some 30 people.

Americans should remember it took several days for President Obama to strongly denounce the violence against Iranian protesters after the last election.
Posted by Bluegrass Pundit at 4:42:00 PM