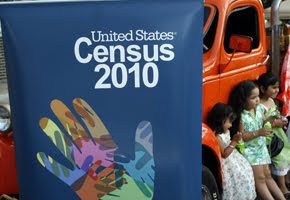 The number of Representatives each state gets is apportioned by the Census. This is why Democrats and Team Obama wants to count all the illegal immigrants. They will let nothing stand in their way.

The Commerce Department and Census Bureau declared Tuesday that an amendment by Sen. David Vitter, R-La., to require the 2010 census to ask all persons their citizenship and immigration status would scuttle any chance that the census could be done on time...

The decennial census, required by the Constitution to count all "persons," is used for the purposes of congressional apportionment and legislative redistricting. The result is that places with more people -- regardless of their status -- get more representation.