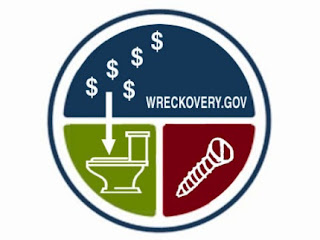 A new study by Daniel J. Wilson of the San Francisco Fed on the effects of stimulus job creation has found the jobs cost $400,000 each and were only temporary. The net effect as of August was zero additional jobs.

The results suggest that though the program did result in 2 million jobs “created or saved” by March 2010, net job creation was statistically indistinguishable from zero by August of this year. Taken at face value, this would suggest that the stimulus program (with an overall cost of $814 billion) worked only to generate temporary jobs at a cost of over $400,000 per worker. Even if the stimulus had in fact generated this level of employment as a durable outcome, it would still have been an extremely expensive way to generate employment.