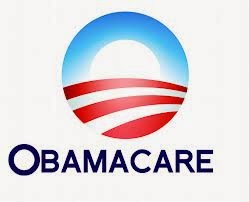 It doesn't add any new doctors...


SAN DIEGO — Dr. Ted Mazer is one of the few ear, nose and throat specialists in this region who treat low-income people on Medicaid, so many of his patients travel long distances to see him.
But now, as California’s Medicaid program is preparing for a major expansion under President Obama’s health care law, Dr. Mazer says he cannot accept additional patients under the government insurance program for a simple reason: It does not pay enough.
“It’s a bad situation that is likely to be made worse,” he said.
His view is shared by many doctors around the country. Medicaid for years has struggled with a shortage of doctors willing to accept its low reimbursement rates and red tape, forcing many patients to wait for care, particularly from specialists like Dr. Mazer.
Yet in just five weeks, millions of additional Americans will be covered by the program, many of them older people with an array of health problems. The Congressional Budget Office predicts that nine million people will gain coverage through Medicaid next year alone. In many of the 26 states expanding the program, the newly eligible have been flocking to sign up.

In my local paper today there was an article about the shortage of Dentists and the advent of an increase in Medicaid patients.
I keep seeing the term "older people" getting medical coverage now. Just what is "old"? WE get Medicare at age 65, not "old" then.