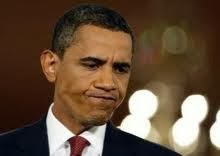 A CBS News Poll finds 61% disapprove of Obamacare. This is a new high.


A rocky beginning to the opening of the new health insurance exchanges has also taken its toll on how Americans perceive the Affordable Care Act. Now, approval of the law has dropped to 31 percent – the lowest number yet recorded in CBS News Polls, and a drop of 12 points since last month. Sixty-one percent disapprove (a high for this poll), including 46 percent who say they disapprove strongly.
Republicans are nearly unanimous in their disapproval of the law, and now more than two-thirds of independents agree. Almost six in ten Democrats continue to support the law, but their support has dropped 16 points from last month – from 74 percent in October to 58 percent today. Support has dropped 11 points among independents and five points among Republicans.