Rep. Charles Rangel to Obama, "...saying you’re sorry doesn’t help me worth a damn at the polls..." 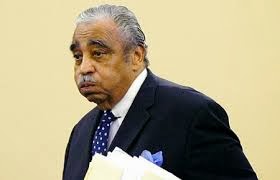 If Obama loses Rep. Charles Rangel, it's over...


President Obama took his medicine Thursday for the botched rollout of Obamacare.
During an extraordinary hour-long news conference, Obama repeatedly said he deserves the blame of angry Americans for a debacle that has cast a shadow over his presidency and left Democrats anxious about the 2014 elections.
And to make amends, he reversed a cornerstone of Obamacare, at least for one year, saying people should be able to keep insurance policies that were supposed to be canceled. [...]
Still, some Democrats called for making legislative changes in addition to those Obama announced. Democrats said that colleagues vulnerable in next year’s election remained concerned about a backlash from voters.
“If I had the problem, saying you’re sorry doesn’t help me worth a damn at the polls, unless I can staple your remarks to the ballot,” Rep. Charles Rangel (D-Manhattan) said.