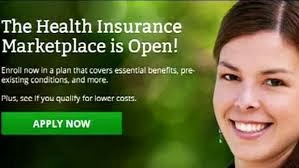 There are more than 700 fake Obamacare websites. The feds are hesitating to take them down because they have signed up more people that the real site. (snark)


(Reuters) - Authorities in California shut down 10 fake Obamacare websites, amid nationwide concern among law enforcement officials about potential fraud during the program's rollout, the state's attorney general said on Thursday.
The sites, which mimicked the official "Covered California" affordable health insurance website, were removed from the internet in an effort to stop fraud connected to the rollout, said a spokesman for California Attorney General Kamala Harris, who ordered the sites to close after a month-long investigation.
"These websites fraudulently imitated Covered California in order to lure consumers away from plans that provide the benefits of the Affordable Care Act," Harris said in a statement. "My office will continue to investigate and shut down these kinds of sites."