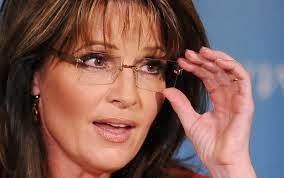 With the media hailing Obama like a Messiah, it would have been hard for anybody to beat Obama in 2008. The weak part of the ticket wasn't Palin. it was McRino. He never took the fight to Obama.


It’s been debated for five years, and the conventional wisdom has generally concluded that Sarah Palin, the 2008 GOP vice presidential nominee, hurt Sen. John McCain’s chances to beat then-Sen. Barack Obama for the presidency with her outsized and controversial personality.
But now a comprehensive new analysis of the so-called “Palin Effect” finds that in the final analysis, the former Alaska governor helped McCain by attracting more voters to the ticket, crushing a mainstream media view.
What’s more, while she attracted wider press attention than most prior veep candidates, her actual impact for a No. 2 was about average.
“Palin had a positive effect on McCain,” according to the new Palin analysis in the authoritative Political Research Quarterly.
Digesting mountains of data, two political science professors from Bradley University in Peoria, Ill., said their findings showed that the conventional wisdom that independent voters ran from the McCain-Palin ticket was wrong. They found that independent voters had the same reaction to Palin as Republicans, who largely liked her.
“Palin did not have a negative effect on McCain’s voter share overall, nor did she result in eroded support for McCain among critical swing voters such as independents and moderates,” the duo wrote.
Keep on reading…

Sarah Palin is the only one who really wanted to win in 2008.

I attended a fundraiser in October 2008 and was able to meet her...I was impressed.

She is a class person. McCain should just make it official and join the Democratic Party.