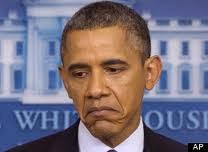 There is that "unexpectedly" word again. Working in the automotive sector, I can tell you inventories at dealers have risen rather sharply in the last month too.


Confidence among U.S. consumers unexpectedly declined in November to a seven-month low as Americans grew more pessimistic about the labor-market outlook.
The Conference Board’s index fell to 70.4 from a revised 72.4 a month earlier that was stronger than initially estimated, the New York-based private research group said today. The median forecast in a Bloomberg survey of 78 economists called for a November reading of 72.6.