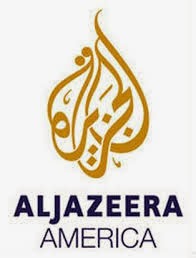 Hey, that's half as many as signed up for Obamacare on the Federal Exchange in October...


After just two months on the air, Al Jazeera America is losing ground in the US.
The US offshoot of the Mideast news outfit managed fewer than half of the viewers who tuned in to its predecessor, Al Gore’s Current TV.
Al Jazeera America has averaged just 13,000 viewers a day since its Aug. 20 launch — on par with a public access channel. In the 25- to 54-year-old audience sought by advertisers, it drew 5,000 viewers.
The ratings are so low, they are considered a “scratch” and aren’t reported by Nielsen.
“We are making large investments in programming and marketing,” an Al Jazeera America spokesperson said Sunday.
By comparison, 31,000 viewers tuned into Current TV a year ago.
Currently, Al Jazeera America is carried in about 44 million US households. The network lost millions of households when Time Warner Cable dropped it shortly after its debut.