Obama finds a pair and demands tough conditions on the Iranians (Just kidding. It's the French) 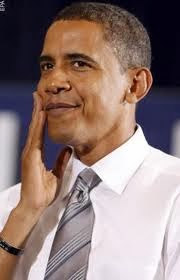 GENEVA — Iran and six world powers remain split on the terms of a nuclear deal because the French are holding out for tougher conditions on the Iranians, a Western diplomat who is in Geneva for the talks told The Associated Press Saturday.
The diplomat said that most of the six powers were agreed on their demands — with just France demanding stricter terms.
Earlier Saturday, French Foreign Minister Laurent Fabius said Tehran was resisting demands that it suspend work on a plutonium-producing reactor and downgrade its stockpile of higher-enriched uranium to a level that cannot quickly be turned into the core of an atomic bomb.