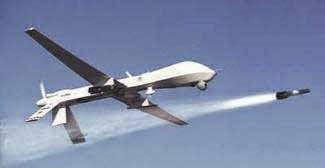 
A 2010 Pentagon directive on military support to civilian authorities details what critics say is a troubling policy that envisions the Obama administration’s potential use of military force against Americans.

The directive contains noncontroversial provisions on support to civilian fire and emergency services, special events and the domestic use of the Army Corps of Engineers.

The troubling aspect of the directive outlines presidential authority for the use of military arms and forces, including unarmed drones, in operations against domestic unrest. “This appears to be the latest step in the administration’s decision to use force within the United States against its citizens,” said a defense official opposed to the directive.

Directive No. 3025.18, “Defense Support of Civil Authorities,” was issued Dec. 29, 2010, and states that U.S. commanders “are provided emergency authority under this directive.”