This is why you never vote for a RINO. They will back-stab you later... 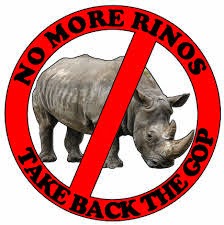 Two former GOP RINO Senators  are endorsing Democrats in key Senate races. Don't give your vote to someone who despises you and your opinions this November just because they have an "R" beside their name and people claim they can win. If they hate conservatives and the Tea Party, it soesn't matter if they win or lose. Hi Micth McConnell.


The latest apostate is former senator John Warner of Virginia, who announced this week he is backing incumbent Democratic senator Mark Warner for reelection. He is thus giving the back of his hand to former RNC chairman Ed Gillespie, a former George W. Bush adviser, who has a decent shot at winning and is no wild-eyed radical. Last year, Warner also endorsed the Georgia candidacy of Michelle Nunn, a Democrat, who is the daughter of former senator Sam Nunn, with whom Warner served in the Senate. He even attended a fundraiser on her behalf. Georgia Republicans who find themselves defending an open Senate seat in Georgia are furious since the Warner support allows Nunn to position herself as a bipartisan moderate.Nor is Warner the only problem ex-senator the GOP has to contend with as it strives to assemble a team capable of winning a Senate majority. Former senator Richard Lugar of Indiana, who lost his Senate GOP primary in 2012 to conservative Richard Mourdock and then declined to endorse him, has also endorsed Nunn and had his political PAC send her the maximum $5,000 contribution. Nunn praised Lugar for his “collaborative approach” and pledged to “follow this legacy in the U.S. Senate.”

Email ThisBlogThis!Share to TwitterShare to FacebookShare to Pinterest
Labels: RINO's