"Less than helpful" global warming research is being suppressed... 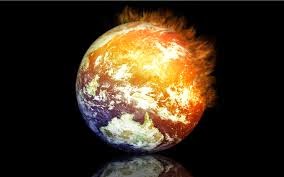 By "less than helpful" I mean it doesn't support the current CO2 rise climate change alarm-ism. Climate change has become more of a religion than a science.


A climate change researcher has claimed that scientists are confusing their role as impartial observers with green activism after his paper challenging predictions about the speed of global warming was rejected because it was seen as “less than helpful.”
Professor Lennart Bengtsson says recent McCarthy-style pressure from fellow academics forced him to resign from his post on a climate sceptic think-tank.
The research fellow from the University of Reading believes a paper he co-authored was deliberately suppressed from publicatoin in a leading journal because of an intolerance of dissenting views about climate change by scientists who peer-reviewed the work.
“The problem we have now in the scientific community is that some scientists are mixing up their scientific role with that of climate activist,” he told the Times.
Professor Bengtsson claims a scientist advised that the paper, which challenged findings that global temperature would increase by 4.5C if greenhouse gases were to double, should not be published in a respected journal because it was “less than helpful.” Read it all.