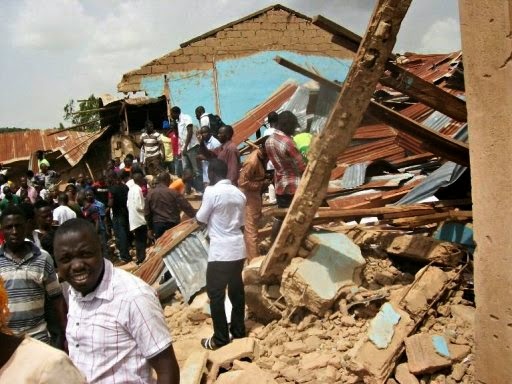 This shows why the U.N. is completely worthless. Boko Haram has been kidnapping and murdering people for many years. They have killed thousands. One of their favorite targets is Christian churches.


The United Nations blacklisted Boko Haram as an al-Qaida-linked terror group and imposed sanctions Thursday, a month after the it claimed the kidnapping of more than 200 schoolgirls in Nigeria.The designation, immediately welcomed by Britain and the United States, came into effect after no objections were raised by the Security Council's 15 members.The move automatically subjects Boko Haram to U.N. sanctions, including an arms embargo and asset freeze.The group, which was created 10 years ago, wants to establish an Islamic state in mainly Muslim northern Nigeria. Its militants have killed several thousand people in a campaign of violence since 2009.