Obvious: Minnesota insurer on #Obamacare, “We have to break people away from the choice habit that everyone has,” 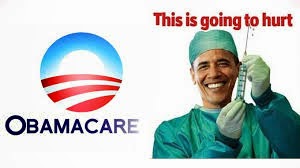 Most people liked that choice...


Insurers, ranging from national behemoths like WellPoint, UnitedHealth and Aetna to much smaller local carriers, are fully embracing the idea, saying narrower networks are essential to controlling costs and managing care. Major players contend they can avoid the uproar that crippled a similar push in the 1990s.

“We have to break people away from the choice habit that everyone has,” said Marcus Merz, the chief executive of PreferredOne, an insurer in Golden Valley, Minn., that is owned by two health systems and a physician group. “We’re all trying to break away from this fixation on open access and broad networks.”

But while there is evidence that consumers are willing to sacrifice some choice in favor of lower prices, many critics, including political opponents of the new health care law, remain wary about narrowing networks. A concern is that insurers will limit access to specialists or certain hospitals. “Too often, Obamacare cancels the policy you wanted to keep and tells you what policy to buy,” Senator Lamar Alexander, a Tennessee Republican, said in a speech in April.