Demo Senate candidate Alison Lundergan Grimes won't say if she would have voted for Obamacare... 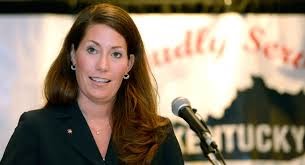 Asked two times whether she’d have voted for the 2010 overhaul, the Kentucky Democrat who is challenging Senate Republican leader Mitch McConnell told The Associated Press: “I, when we are in the United States Senate, will work to fix the Affordable Care Act.”

Grimes added: “I believe the politically motivated response you continue to see from Mitch McConnell in terms of repeal, root and branch, is not in reality or keeping … with what the facts are here in Kentucky.”