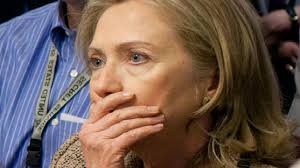 (CNN)Hillary Clinton has instructed her attorney to hand over her private email server and a thumb drive of all her work-related emails to the Justice Department in an effort to blunt an expanding probe into the use of a private email account.
Clinton, now the Democratic presidential front-runner, "directed her team to give her email server that was used during her tenure as (Secretary of State) to the Department of Justice, as well as a thumb drive containing copies of her emails already provided to the State Department," her spokesman, Nick Merrill, told CNN early Tuesday evening. "She pledged to cooperate with the government's security inquiry, and if there are more questions, we will continue to address them."
Merril said in the meantime, Clinton's team "has worked with the State Department to ensure her emails are stored in a safe and secure manner."
The FBI, which is handling the matter, declined to comment Tuesday evening.

Once it was determined the server held Top Secret emails, Hillary really had no choice. She has absolutely no authorization to keep anything that might contain Top Secret information.
Posted by Bluegrass Pundit at 7:49:00 PM