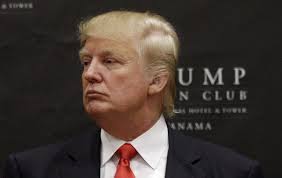 This is a very politically brave stance...


Donald Trump would reverse President Obama's executive orders on immigration and deport all undocumented immigrants from the U.S. as president, he said in an exclusive interview with NBC's Chuck Todd.

"We're going to keep the families together, but they have to go," he said in the interview, which will air in full on NBC's "Meet the Press" this Sunday.

Pressed on what he'd do if the immigrants in question had nowhere to return to, Trump reiterated: "They have to go."

Speaking on Trump's gilded private plane as it idled on a runway in Des Moines, Iowa, the real-estate mogul and Republican presidential frontrunner offered the first outlines of the immigration policy proposals he'd implement from the Oval Office.