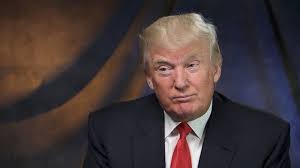 Look for Trump to get another boost in the polls.


WASHINGTON – Businessman Donald Trump has told several top Republicans that he will swear off the possibility of an independent bid and commit to running his presidential campaign under the party’s banner, according to several sources.
Such a move could endear Trump further to Republican voters who have remained skeptical about his allegiance to a political party he joined relatively recently. Trump had drawn sharp criticism from GOP leaders concerned that a third party bid would effectively guarantee a Democratic win in the general election.
“I know you don’t need any advice, but I’m going to give you some. You will do better in the Republican primaries if you just swear off the third party, because a lot of Republicans will never vote for someone who, like Ross Perot, will hand the election to a Democrat,” influential radio host Hugh Hewitt told Trump during an interview in early August.
Keep reading…